Glow in the Dark Toys

Back when I was in college the only thing you were likely to find in a dorm room that glowed in the dark was a black light poster. Or a doobie. Now here's a guy named Andrew Seltzman who graduated this year from Georgia Tech and what's he got in his dorm room? A fusion reactor! Yes, that's right. He built a fusion reactor in his dorm room. Here's a picture of the deuterium ion injector parts all laid out on his bed: 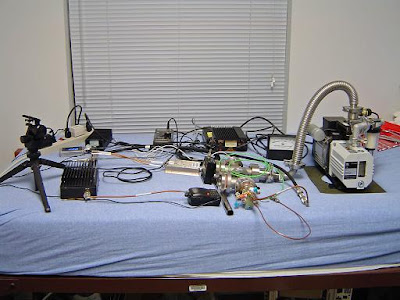 And here's the assembled machine: 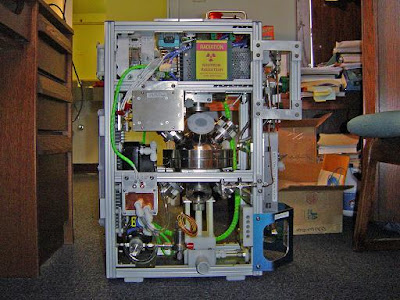 He tried a couple of test runs with no fuel just to prove it was generating a plasma. But before he actually fired up the fusion reaction he moved it to a lab in the nuclear engineering building. Here's a picture of the deuterium plasma of the reactor in actual operation, generating neutrons: 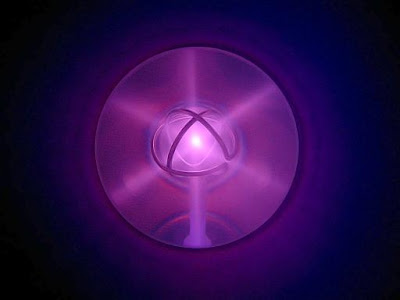 This type of device is called a fusor and it is simple enough that several dozen very accomplished amateurs have been able to build one. Andrew Seltzman actually built his first fusor in high school. His new one is pretty sophisticated. It has a liquid cooled grid electrode and an ion injector. My hat is off to him and I hope he has a brilliant career as a physicist.

By the way, you'll never guess who invented the fusor. His name was Philo T. Farnsworth. You've probably never of him but I'm sure you've heard of something else he invented: television. Fusors are used as neutron generators but are hopelessly inefficient for power generation. The amount of power they consume is way more than they could ever generate. However, the fusor has a cousin that I've written about before that is more promising: the Polywell. I'm fascinated by this line of research and I hope it pans out. In the meantime, the pictures are pretty cool!
Posted by Bill Hensley at 10:32 PM

OK, I want one! I think I'll slip out to Home Depot and Fry's (my two favorite stores) and pick up a few parts.